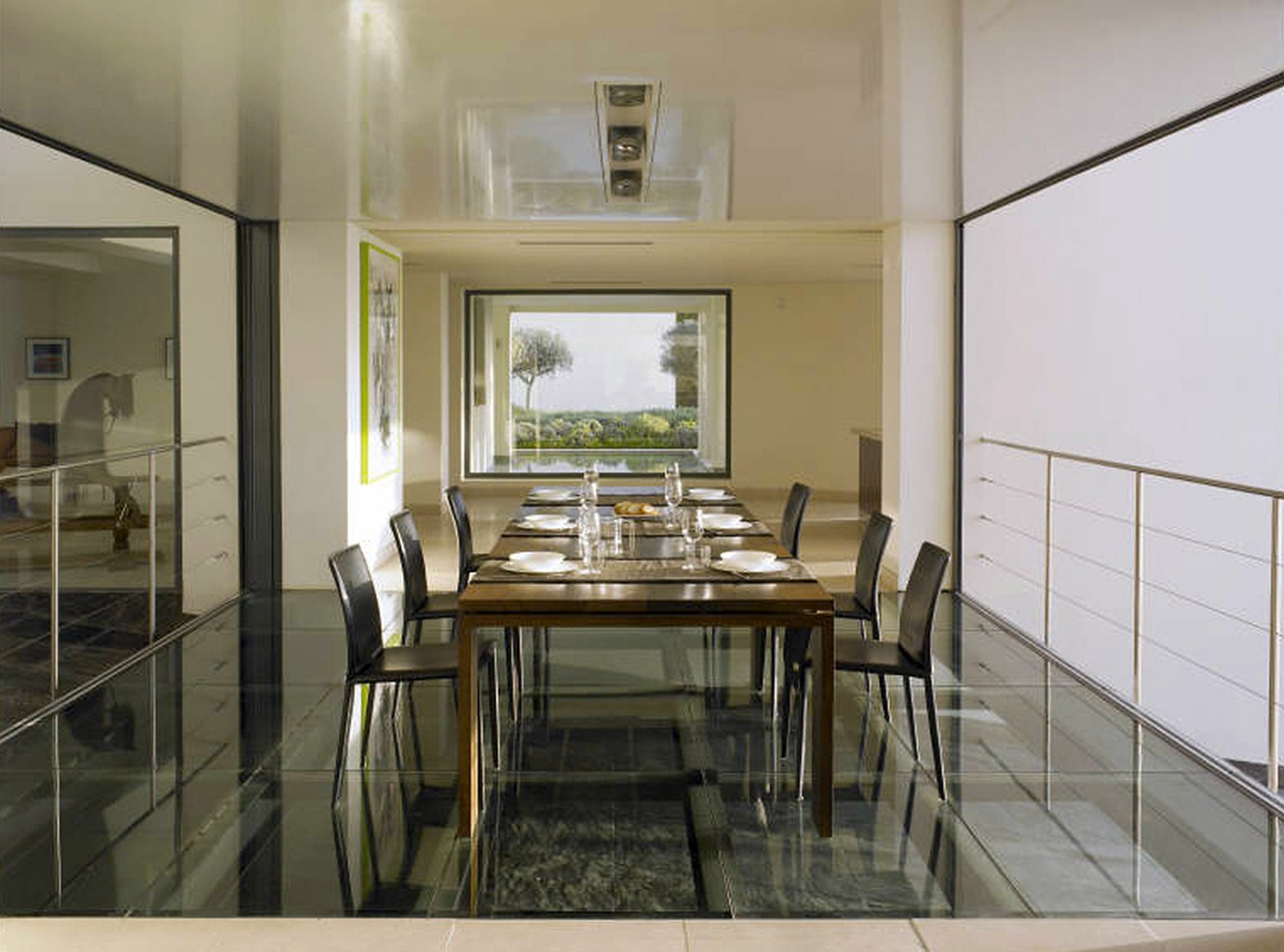 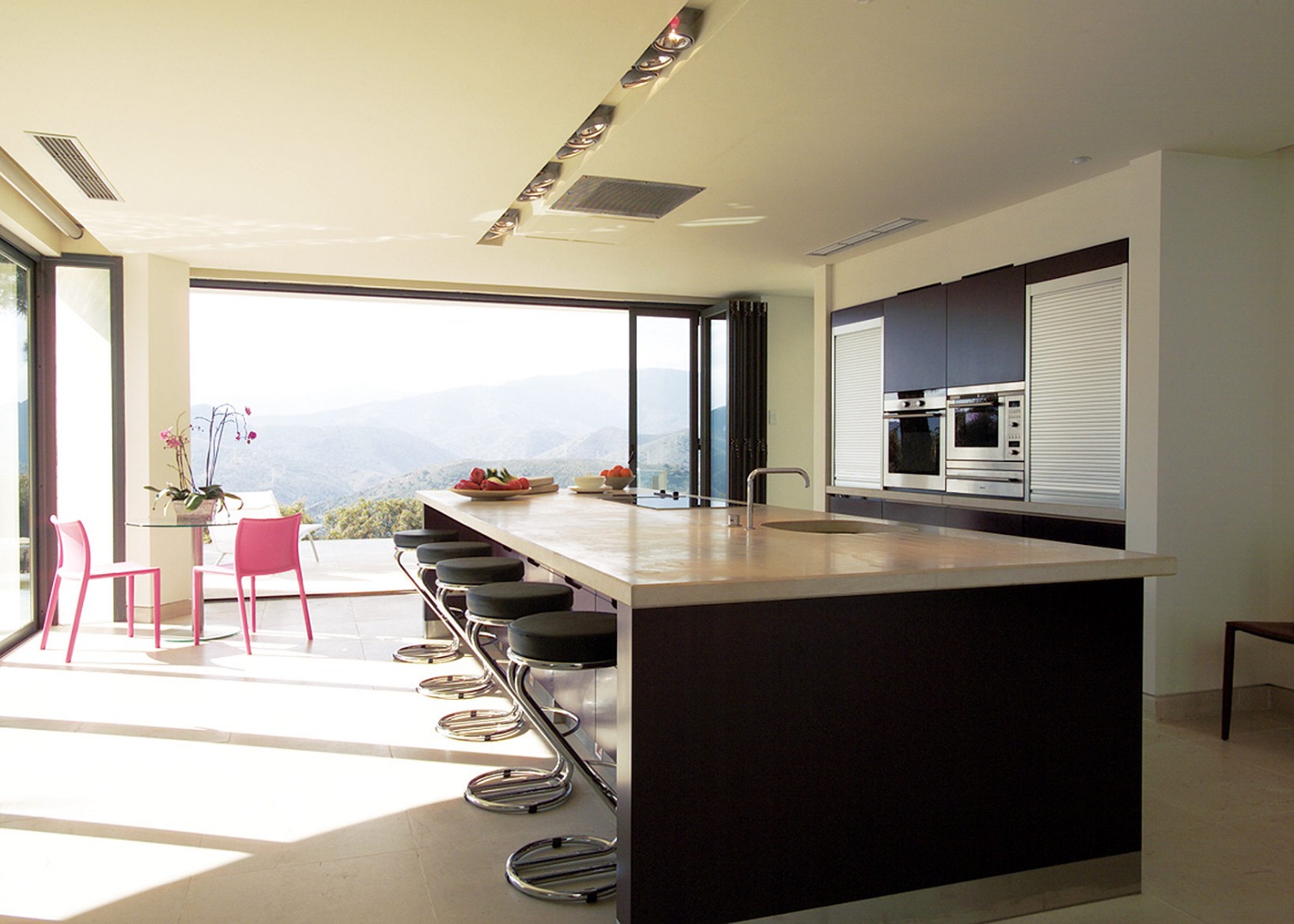 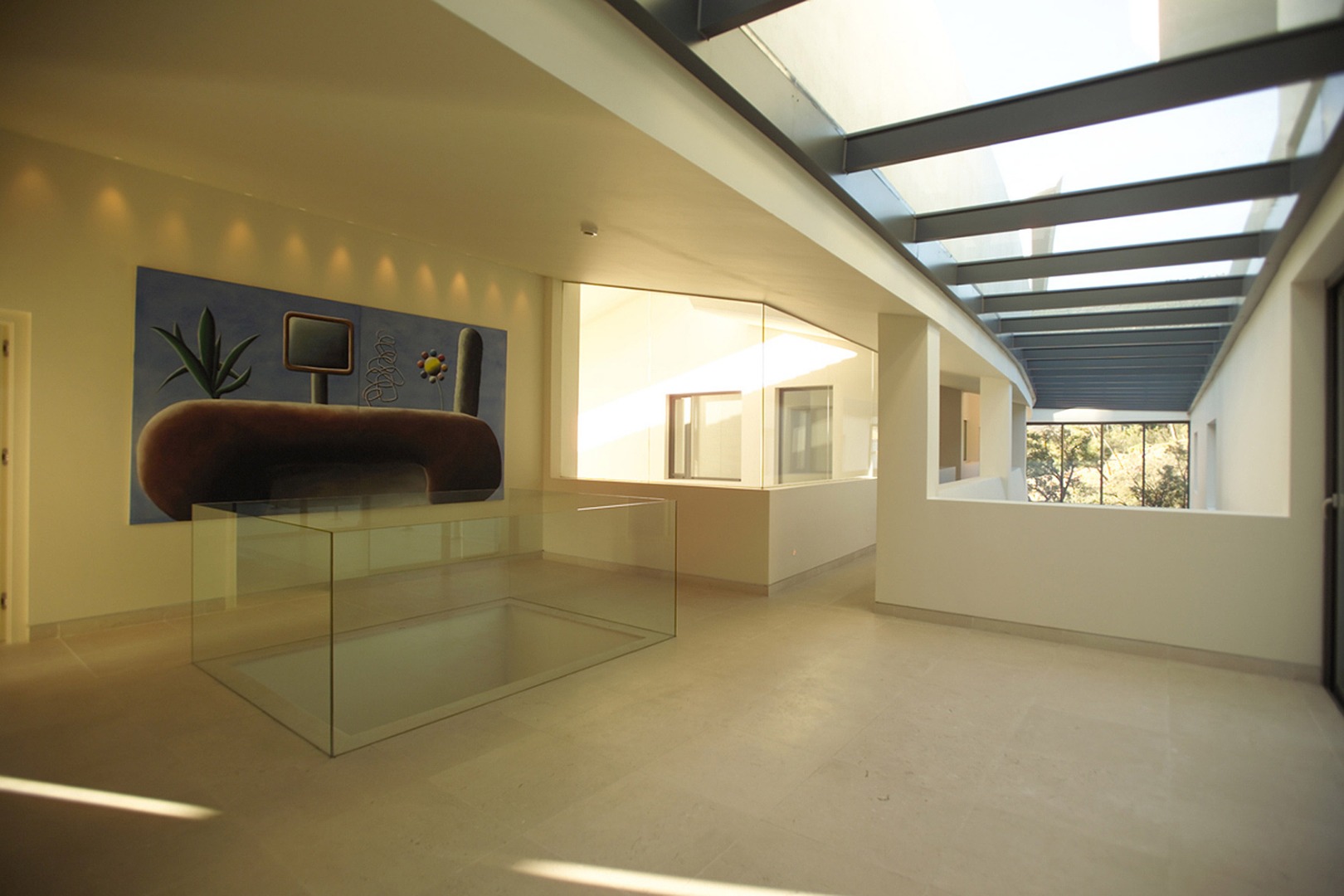 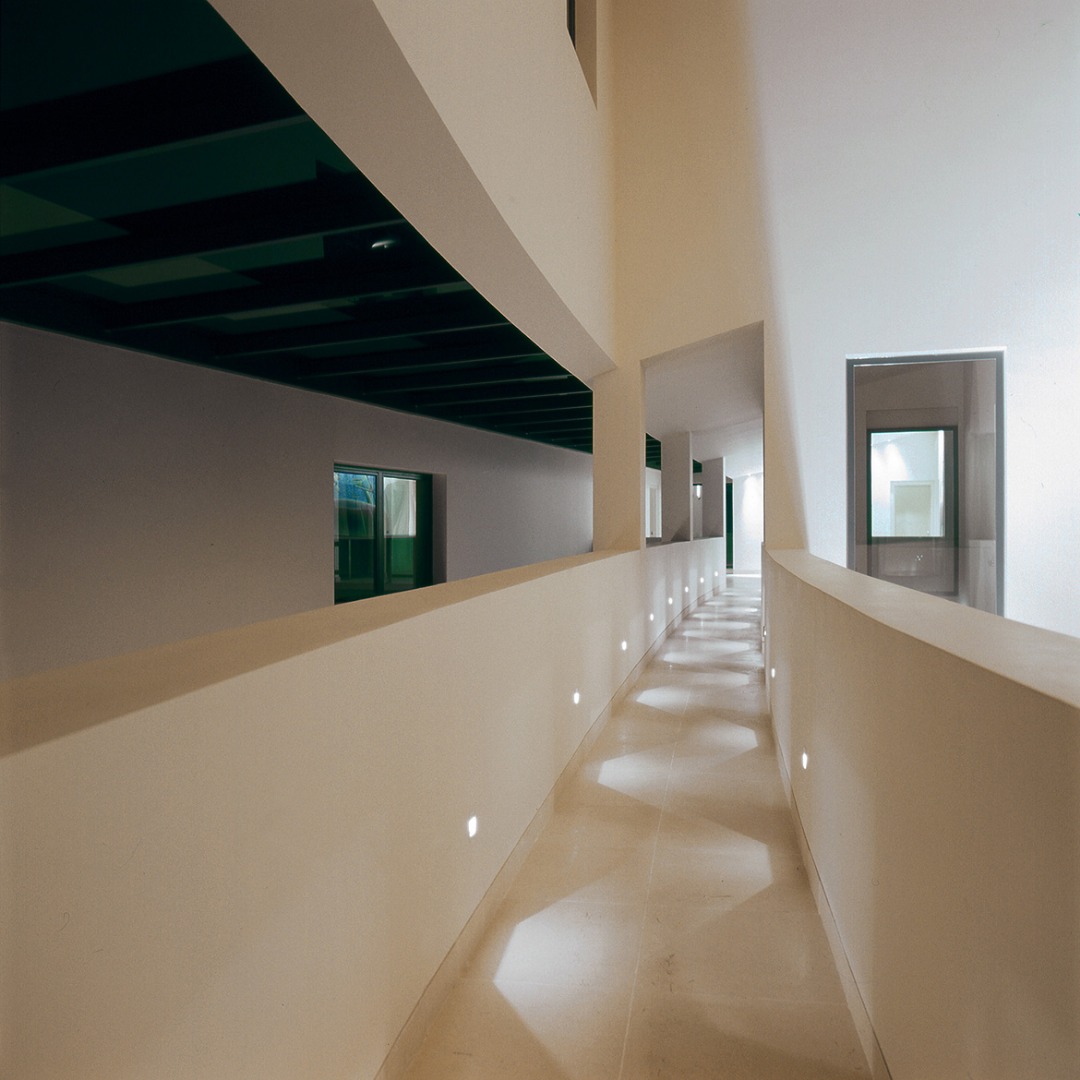 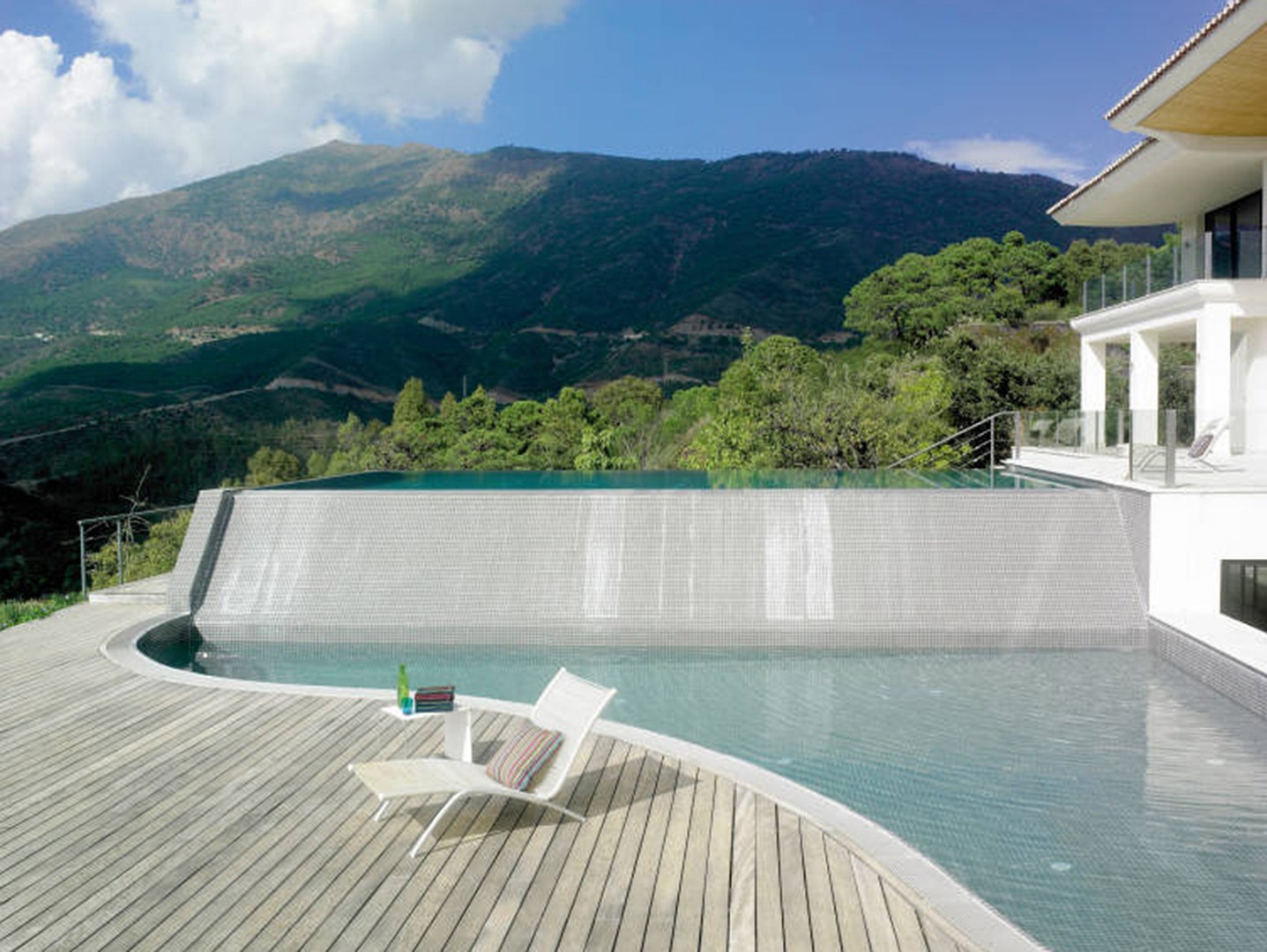 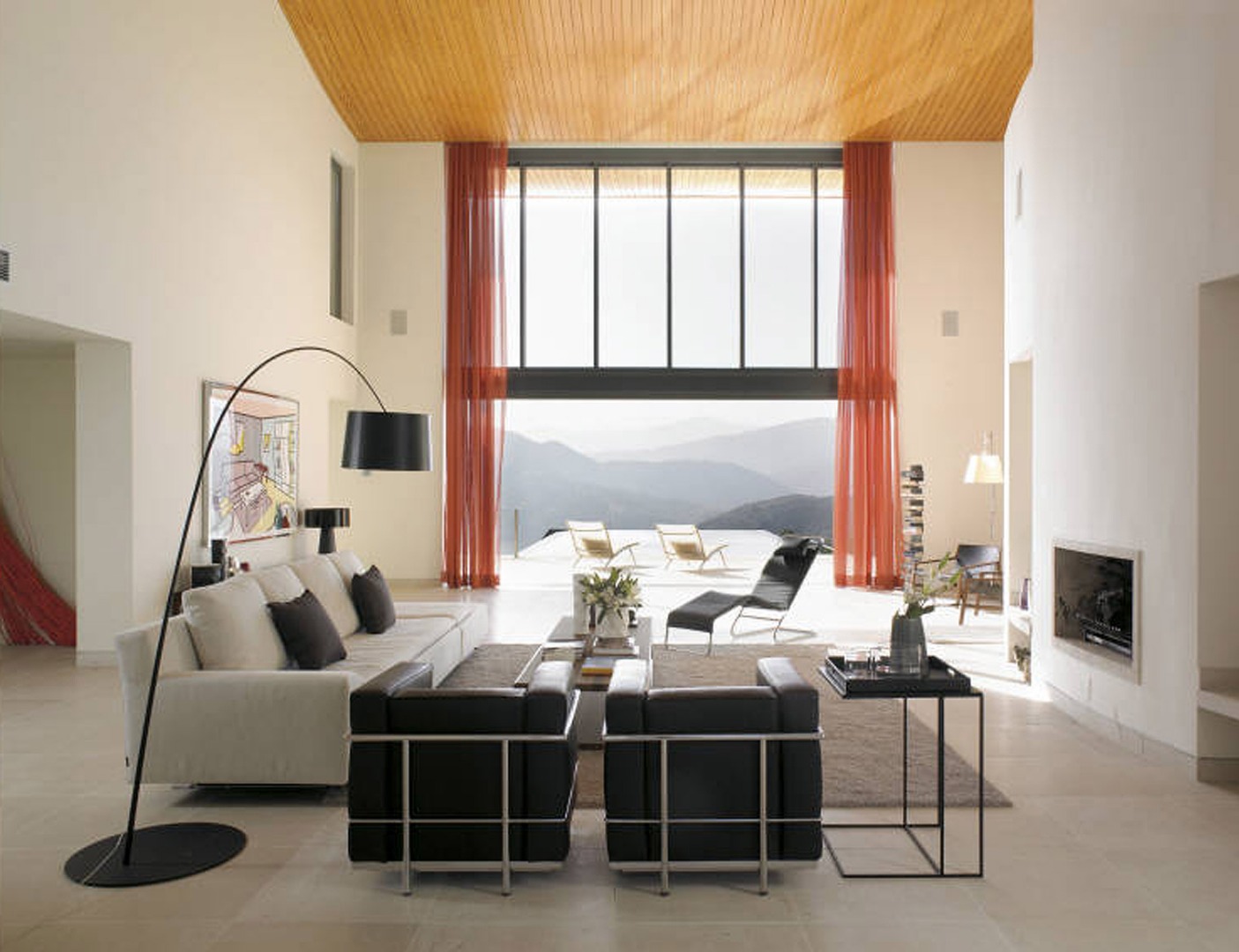 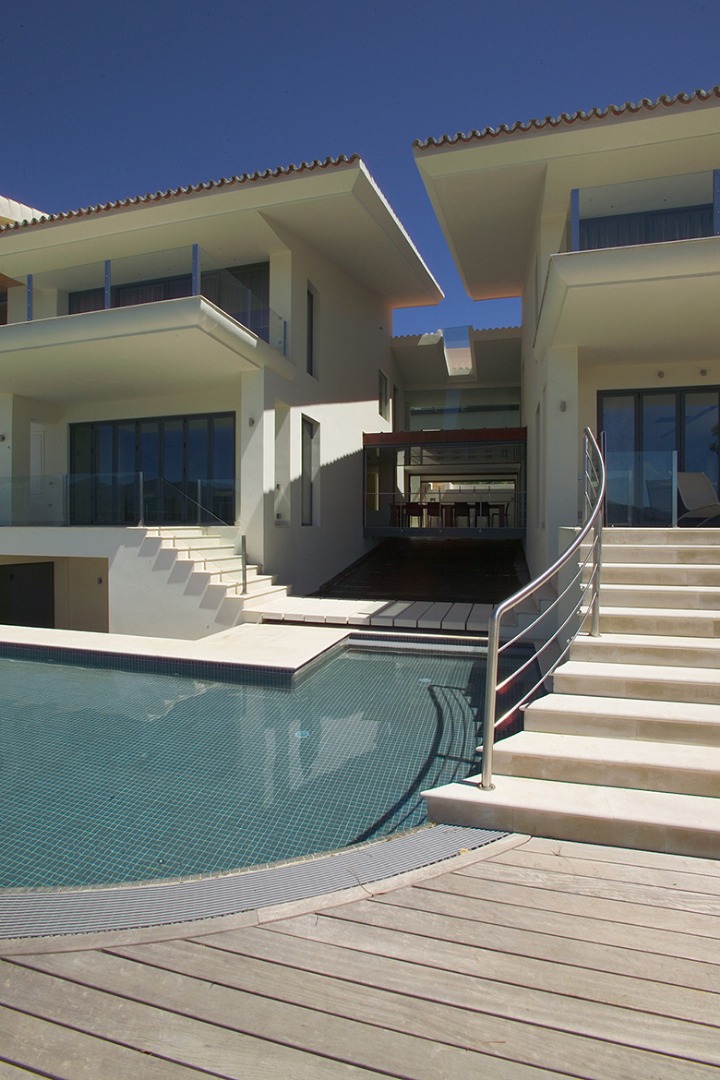 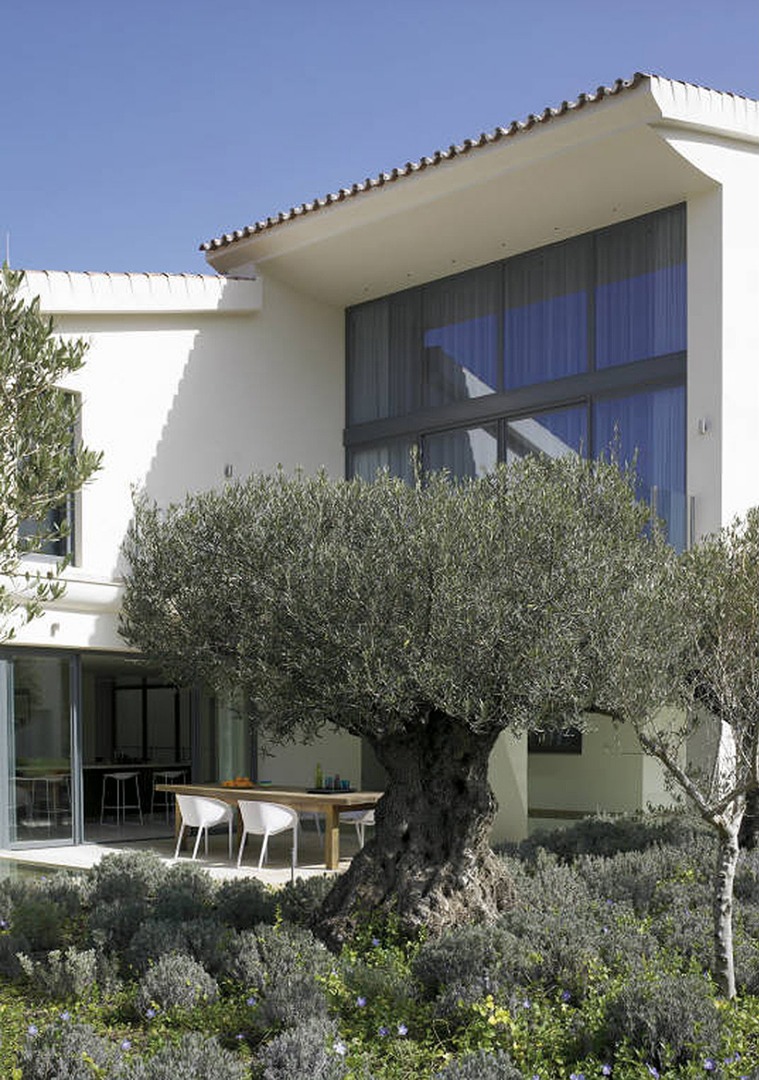 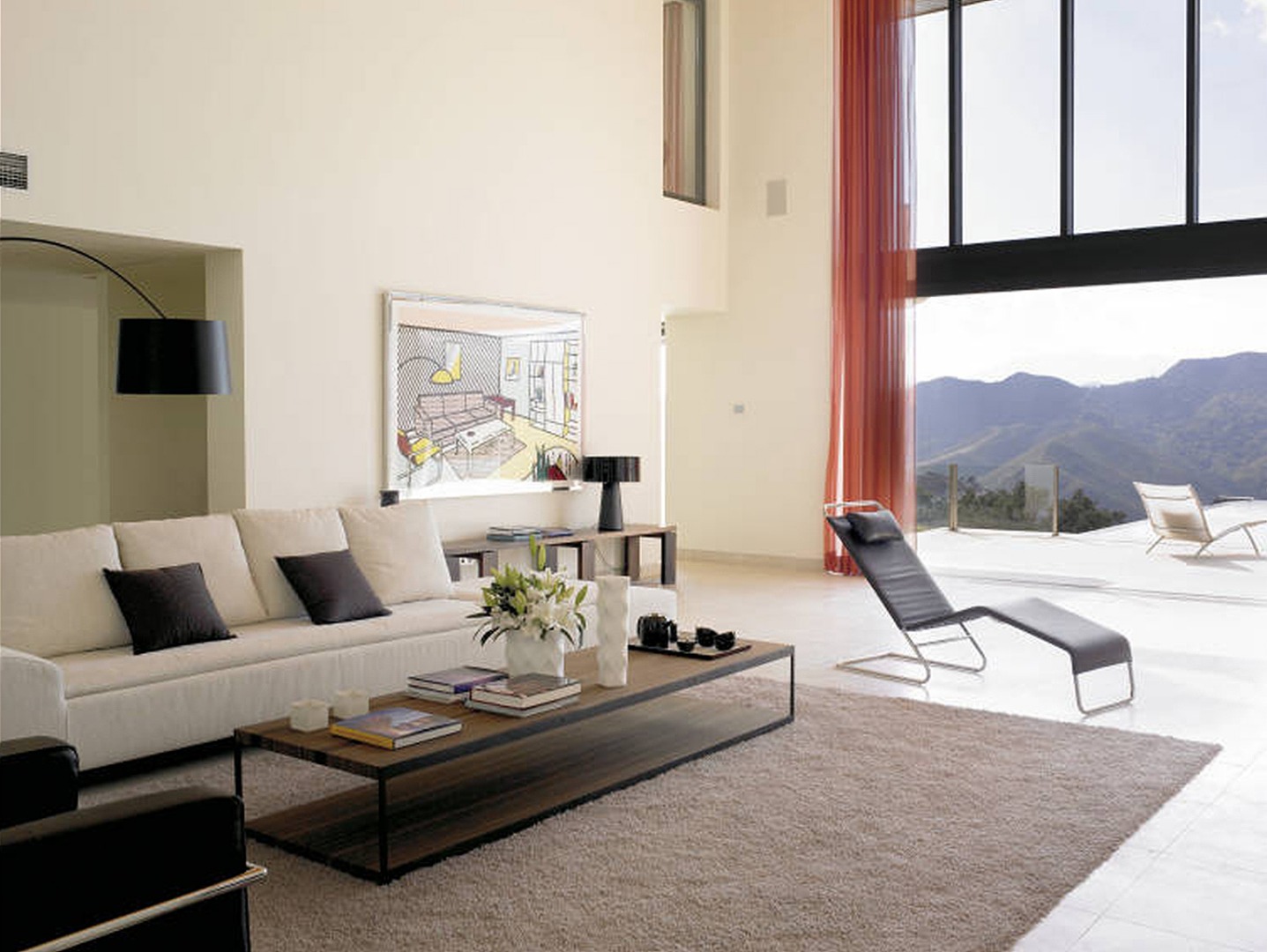 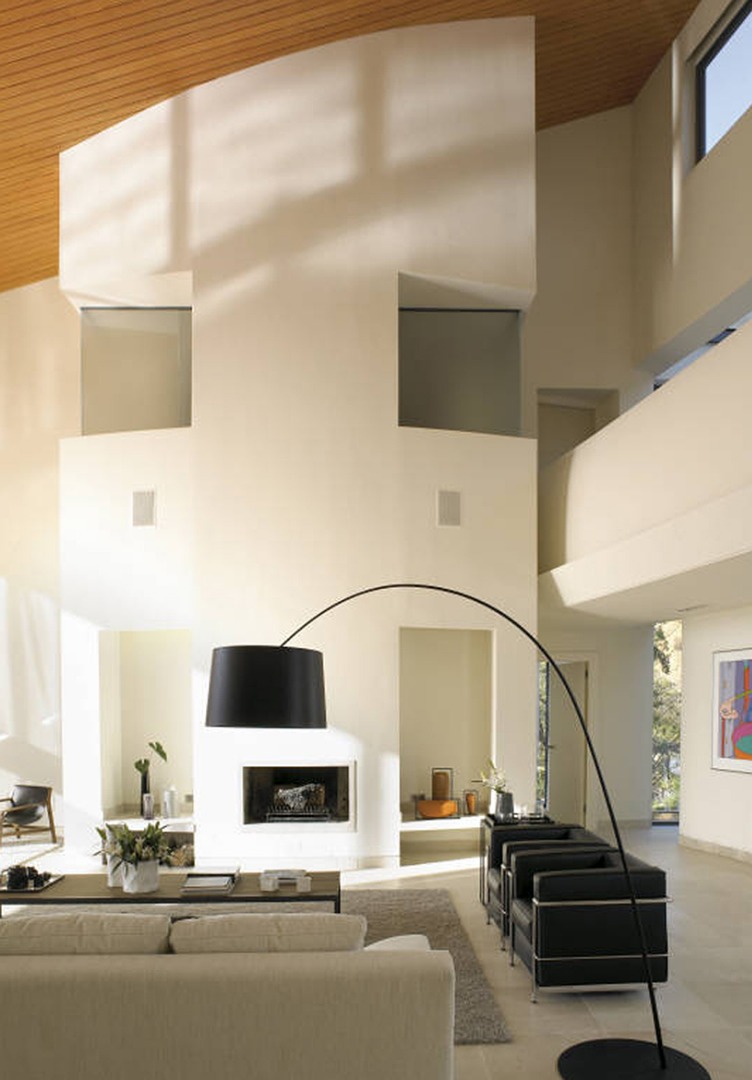 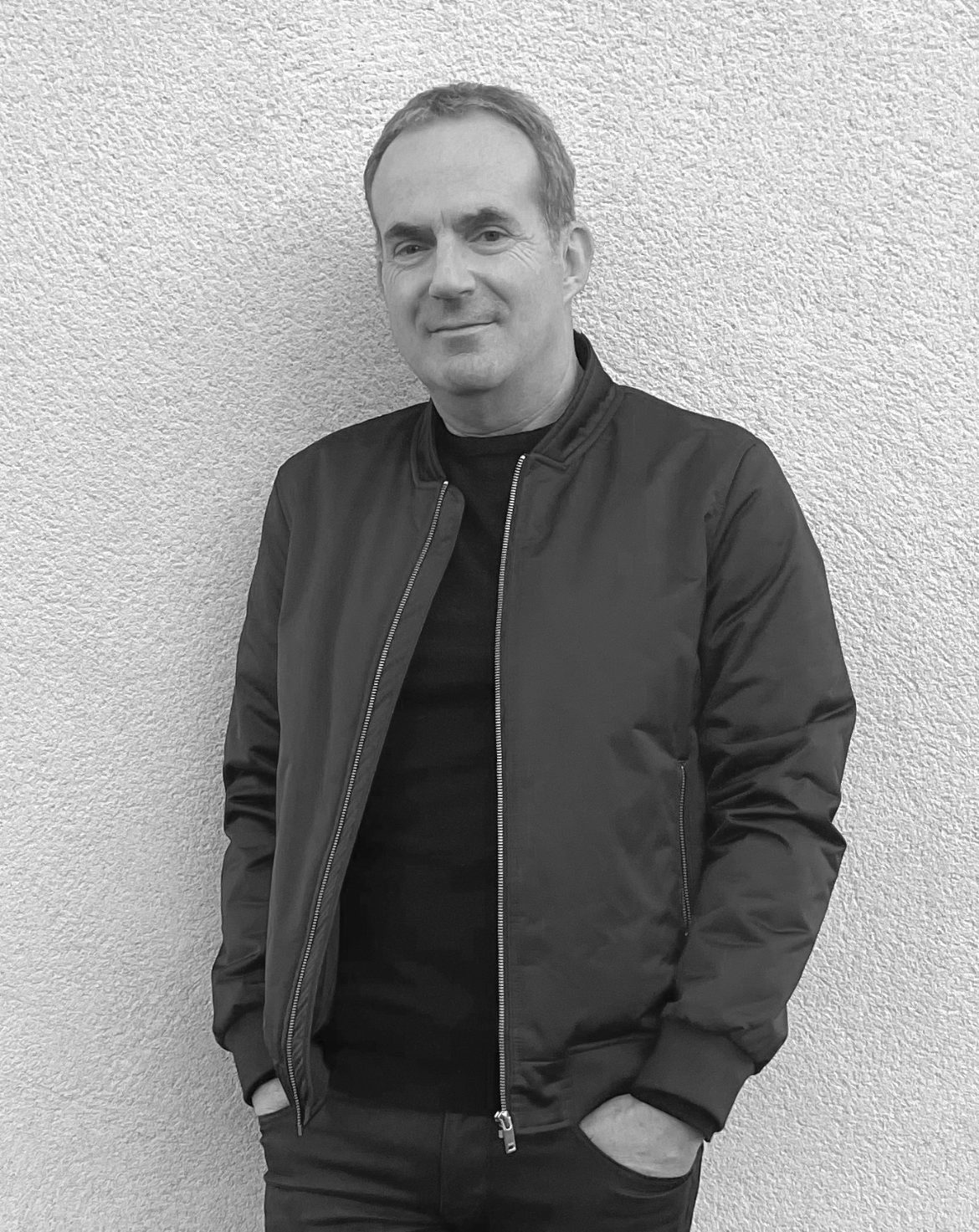 Peter completed his architectural training at the University of Nottingham. After graduation, Peter spent some time in the United States before moving to London where he joined the competition winning shopping centre team at RHWL Partnership. Following a short time at Building Design Partnership - three weeks to be exact….it wasn't for him - Peter moved to Austin-Smith:Lord, where he worked on large scale commercial projects, including corporate interiors and restaurants for clients, such as Ford UK. He later joined ORMS Design and Architecture to work on business park developments before being made redundant when the 1990’s recession hit the construction industry.

After surviving the recession working from his living room doing 'anything that came through the door’, Peter picked up a number of aspirational clients with open design briefs. This gave him the opportunity to excel at his passion for contemporary home design. In 1995, Peter decided to start a practice specialising in contemporary residential design and he hasn’t look back since.

Having cut his teeth on dark, tight urban sites in London, Peter very much designs from the inside out, producing sustainable architecture which is open and expansive from the inside looking out, flooded with natural light and seamlessly connected to the surroundings.

Peter’s architectural hero is Frank Lloyd Wright and he draws inspiration from work of Brazilian architect Marcio Kogan. He is married to Jenny, a design-conscious Swede, and has five children. He passionately believes in the importance of an inspirational yet functional home as being at the very core of personal and family well-being.

Peter will go anywhere in the world for the right design project and he fully intends to be designing contemporary houses until he drops. 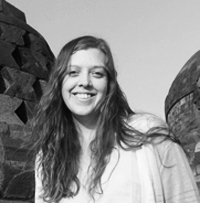 Katy studied at Manchester University and graduated with a master’s degree in architecture in 2014. During her Practical Training Katy worked with at PPIY Ltd in York, a practice specialising in conservation and Listed buildings.

Katy joined Thomas de Cruz in 2014 and is a Project Architect responsible for the delivery of all projects in the office, including design, programming, managing others and execution of the projects on site. Katy gets a lot of satisfaction out of working with private clients, who are often unfamiliar with the process and unaware of the extent of the possibilities available to them.

In her spare time Katy loves the outdoor lifestyle. She is a Cub Scout leader and well-travelled. 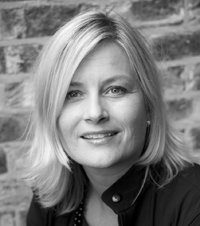 Jenny studied at Göteborgs Universitet in Sweden and graduated with a BEd in 1996.

She has had a diverse career and started off teaching English, French and Swedish language & literacy to primary and secondary school children in Göteborg. She made a significant career move in 1999, moving to Volvo IT, where she worked as a Project Manager working on implementation and strategies for business development. She moved to London and married Peter. After being a stay at home mum Jenny went back to work as a teacher and is also the company administrator and driving force behind the practice's marketing.

In addition to her native Swedish and English, Jenny speaks French and German and is currently learning Spanish.

Spending time with family comes top of the list, but in her spare time Jenny also enjoys travelling, skiing, cooking - she can make something amazing with whatever is in the fridge - and socialising with friends. 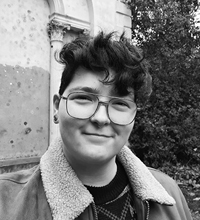 Abby completed her part 1 Bachelor of Architecture at the University of Nottingham before joining Thomas de Cruz Architects as an Architectural Assistant in 2018.

Abby enjoys being involved in all aspects of the design process, in particular getting the opportunity to learn about construction detailing and focus more on interior design. 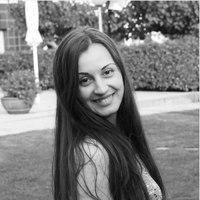 Delia was born in Romania and brought up Barcelona. She began her architectural education at ETSA in Barcelona before moving to London where she completed her degree at Kingston University in 2017. Since graduating Delia has been working for TdCA as an Architectural Assistant.

Prior to TdCA Delia was worked at Flower Kittle Architects in Farnham, Surrey. Here she gained insight and fundamental knowledge on private houses projects, for which she has a particular attraction. 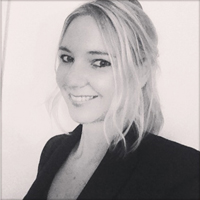 Laura completed her degree at the University of Madrid in 2006 and joined the Colegio Oficial de Arquitectos de Madrid. After working in Madrid on a variety of project types she moved to London in early 2010.

Later in 2010 Laura joined TdCA as a Project Manager. Laura has an easy, outgoing personality and is quick at getting things done. She enjoys all aspects of the design and construction process and is good managing multiple tasks. Laura moved back to Spain in 2016, from where she continues to run projects, coming back to the UK regularly for site visits.

Laura and her husband have two small children and over the years she has enjoyed renovating and designing the interiors of her own properties.